Have you ever Googled your own business keywords? Not your brand name, but your keywords. Perhaps in the hopes that your business will appear top of Google? I know you have. And if your business is ranked #1 it's a pretty good feeling.

But, if you don't find your business at position #1 (or horror, anywhere at all) in search, it can be pretty upsetting. Especially if your mortal competitors are listed instead. You're going to be demanding explanations from your SEO guys.

The trouble is, even though you're the business owner, do you really know best which keywords summarise your business best? Business owners often get a bit fixated on a very small set of keywords, maybe just one or two. I call these "trophy" keywords.

For example, the boss of a London-based accountancy firm Googles "accountants in London". Unfortunately his company is not there. Well, it's probably not surprising since a) his firm is based outside central London and like it or not, Google does look at geographical proximity when providing results. And b) how many accountancy firms are there in London? What makes Mr. Boss-man think his company is so special it deserves top-ranking?

Far too often there's a focus on "trophy" keywords. These "trophy" keywords are really hard to rank for. But they are of limited value anyway. They can blur the SEO picture because they take attention away from the really important keywords.

I advise to move beyond trophy keywords and look a little deeper into the keywords customers are really using to find businesses like yours.

Estimated Traffic is measured in terms of numbers of searches per month for a given keyword. It is derived by looking at how many searches for a given keyword have taken place in prior months. It also takes factors such as seasonality into account (e.g., reindeer toys get searched near Christmas, hardly at all at other times of year).

Searches for reindeer toys reach their maximum near Christmas

Relevancy is measured by a handful of metrics including the number of conversions a user carries out when they arrive at the website from organic search.

A conversion can be anything from filling in a form, to ringing a phone number, clicking an email address, signing up for a newsletter or maybe following on social media. Essentially it's anything where the user leaves some form of contact details and thereby moves from anonymous to identified.

Identified customers can be marketed to. Anonymous traffic cannot.

By the way, sometimes SEOs look at metrics such as Bounce Rate, Time-on-Site, Number of Pages Viewed etc. But these metrics are a little threadbare because they don't measure users crossing the Rubicon from anonymous to identified. They may be useful for brand-awareness campaigns but they are useless for the purpose of lead generation.

SEO is all about prioritising the most impactful things first. This means doing those tasks which will create the highest number of conversions and sustain this over the longest period of time.

Generally speaking, the SEO work done in month 1 of a campaign will have the biggest impact, followed by the work done in month 2, and so on. After a certain time (exactly how long will vary) the SEO can go into "maintenance mode" until some new marketing campaign or business focus comes along.

Because we need to create the biggest impact, we need to drive the most relevant traffic (that which converts) fastest. For this, keyword choice is critical. We need to throw away trophy keywords and focus on "hidden gems".

What are hidden gem keywords?

Hidden gems are those keywords which drive high-converting traffic. But they also need to be achievable on a tight budget - and therein lies the difference between trophies and hidden gems. Trophies will usually take months or years to obtain, for little bottom-line value to the business.

When you look at estimated search volume you can get an idea of how traffic will be driven, depending on where you are ranked in organic search. Studies have shown that the websites which are ranked in the top three positions in search get the most clicks. The #1 position gets between 20% and 40% of all clicks. The click-through rate diminishes as you are ranked further down page #1.

Multiply those estimated clicks by your conversion rate and you can then estimate the number of newly identified prospects you will get in a given month.

So, for any keyword, you can derive an estimate of the amount of new leads it will generate, depending on its position.

Where the hidden gems are hiding

So how do we find the hidden gems? Well, usually they can be derived from two sources: geographical location and service type.

Geographical location is important and will vary from business to business, depending on their service area. For example, Guildford is in Surrey and some businesses will be much more tightly focussed on Guildford and others want to cover the whole of Surrey and neighbouring counties. Others still need the whole of the UK. Once you have found the right geolocator keywords, you are halfway there.

The rise and fall of "near me"

By the way, of course the universal geolocation keyword is "near me". This keyword rose to prominence as smartphone users became aware that Google was clever enough to know their current location and adjust the search results accordingly. However "near me" has faded away slightly over the last two years because smartphone users now simply expect their phones to transmit their current location to the search engine, and also expect geolocalised search results automatically.

The second hidden gem locator is sub-service. What I mean here is that most service businesses have a range of subservices that they provide. For example, a financial advisor might offer wealth management, retirement planning, inheritance tax advice etc. The "trophy" keyword here is going to be "financial advisor". But the hidden gem might be "retirement advisor". The latter keyword may not get as many searches but it might be a) more achievable and b) have a higher conversion rate.

Once you multiply the number of "hidden gem" keywords you rank for then you can generate more higher converting traffic than you would by ranking for trophy keywords.

Now I'm not suggesting that accountants in London is a completely useless keywords to rank for. What I am saying is that because SEO success is defined by Return on Investment and Speed of Return on Investment, it might not be the best thing to work on first.

What do you think? 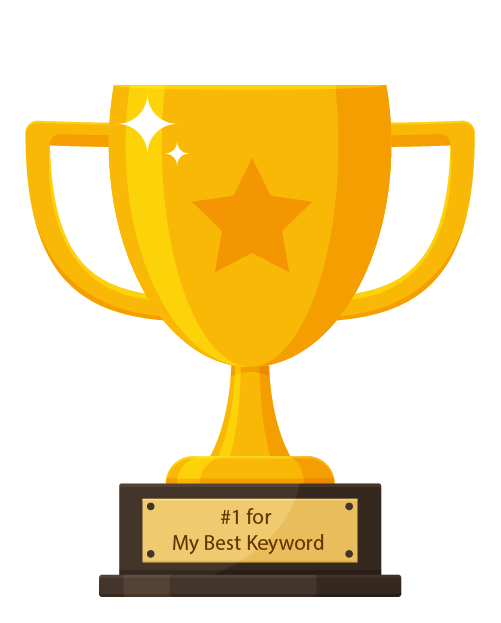